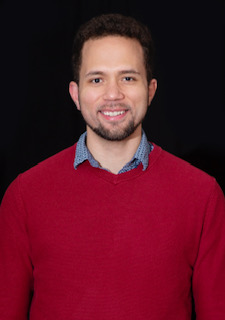 Matthew Baker is excited to be in his seventh year of education and his first year in the Fairfield City School District. He currently serves as the Director of Choral Activities for Fairfield High School which includes directing three concert choirs and the two award-winning show choirs “Choraliers” and “Pure Elegance”. In addition, he assists Briana Baker and Taylor Fenner with the Junior High show choir “Rhythm Express”. He graduated from The Ohio State University in 2015 where he was a member of The Ohio State Men’s Glee Club, director of the a cappella group, Scarlet Fever, and a member of the Phi Mu Alpha fraternity.

Matthew spent the past six years working in the Hamilton City School District where he directed the 7th & 8th Grade choirs and in addition, he directed Hamilton Middle School’s competition show choir “Cutting Edge”. During his time there, his group was awarded captions for Best Vocals, Best Choreography, Best Show Concept, and frequently placed in the top of their division.

Matthew is truly honored to be one of the directors of the Fairfield Choral Program and wishes all competing choirs the best of luck competing at the Crystal Classic and with the remainder of their seasons.

Before joining the choral music department in Fairfield, Mrs. Baker taught elementary music, choir, and show choir in the Hamilton City School District for six years. Mrs. Baker has certifications in Music Learning Theory and Orff-Schulwerk. She is the secretary for the Ohio Gordon Institute for the Music Learning Theory Organization. Mrs. Baker resides in Liberty Township, Ohio with her husband. 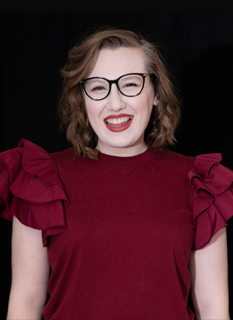 Taylor Fenner has been an educator and performer in South Dakota, Kentucky, and Ohio for the last three years. Originally from South Dakota, she received her Bachelor of Arts degree in Music Education from Augustana University in Sioux Falls, South Dakota. Prior to Fairfield, she directed the choirs at Newport Intermediate School and Clermont Northeastern High School and Middle School.

Taylor is also a performer throughout the Cincinnati area. She is a full-time chorister of the Cathedral Basilica of Saint Peter in Chains Choir and a Bach Scholar in the Bach Ensemble of Saint Thomas. She also regularly sings with other performing groups including Heri et Hodie and Christ Church Cathedral.

Taylor is grateful for the amazing experiences that come with being the assistant director of the Fairfield High School Choral Program. She wishes all groups today the best of luck in their performances!